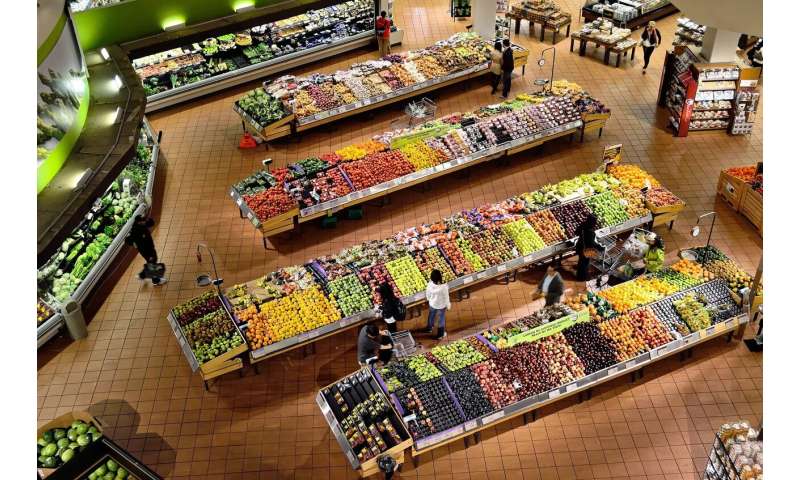 The degree to which spontaneous food purchases divert/attract attention may be related to your weight and the energy density of the food, according to a small, preliminary study using mobile eye-tracking technology to provide real information about consumers’ food choice behavior.

The findings, being presented at The European and International Congress on Obesity (ECOICO), held online this year from 1-4 September, suggest that normal weight consumers noticed the food of their choice earlier, and looked at it longer, than shoppers with overweight or obesity. Additionally, there was a tendency for all consumers to look at low energy density foods like fruit and vegetables more often and for a longer time period than high energy dense foods such as biscuits, confectionary, and crisps.

“While these results are very preliminary and much more research is needed, if attention and selection differences between weight status groups regarding food types can be found, shopping behavior and in particular the control of unplanned purchases, should play a more dominant role in both research and treatment of overweight and obesity”, says Professor Nanette Stroebele-Benschop from the University of Hohenheim, Germany, who led the research. “After more than a decade of intensive experimental eye tracking research on food perception, our study attempts to close the gap between experimental and field research. We investigate how consumers with different BMI perceive food with different calorie density during unplanned purchase behavior in a real-world environment.”

In the study, researchers recruited 20 adults at a supermarket and used mobile eye-tracking devices to record what they were looking at during two separate shopping trips. Data were used to create standardized heat maps of spontaneously purchased products, their neighboring products, as well as prices and information on shelf labels. Questionnaires were used to collect information on age, sex, family structure, income, height, and weight. Participants were divided into two groups: normal weight (BMI less than 25 kg/m²) or overweight or obesity (BMI 25 kg/m² or more). The energy density of food was divided into low (< 100kcal/100g) or high (> 100kcal/100g).

Because choice behavior is very complex, the researchers controlled for potential influences including time spent on a shopping trip, the number of aisles that had been shopped, the position of the bought product, and hunger. In total, they identified and analyzed data on 88 unplanned purchases.

Analyses revealed that in general, it is the spontaneously purchased product that attracts attention and is fixated on, rather than the neighboring product or price tags and shelf labels.

The authors say several factors might play a role in these choice behaviors. For example, avoidance behavior might explain why it takes people with overweight longer to fixate on a product and why they focus it for a shorter period of time.