SPA DOCTOR: Leaving Las Vegas in a state of euphoria after a sports massage in water

Suffering from multiple joint problems isn’t easy. My list is as follows: right shoulder pain, the legacy of a torn rotator cuff, and upper back pain, which flares up so severely from time to time that I can’t turn my head.

The side of my neck has never been the same since sleeping in an awkward position five years ago in a bed that was too soft and with pillows too high. Oh, and I also have lower back pain.

An osteopath has given me a range of exercises to do every day. When I do them, everything feels better. But then I forget, and you can guess the outcome.

I’m always interested in trying new non-drug treatments, and anything that will (in my mind) have some magical effect. So on a recent trip to Las Vegas, I was intrigued to try physiotherapy carried out in the water.

Having had a few massages in my time, I’m used to them being either quite boring, extremely relaxing, or, rarely, incredibly helpful in easing pain. But this was the first time I had a profound, almost emotional experience, which completely took me by surprise. 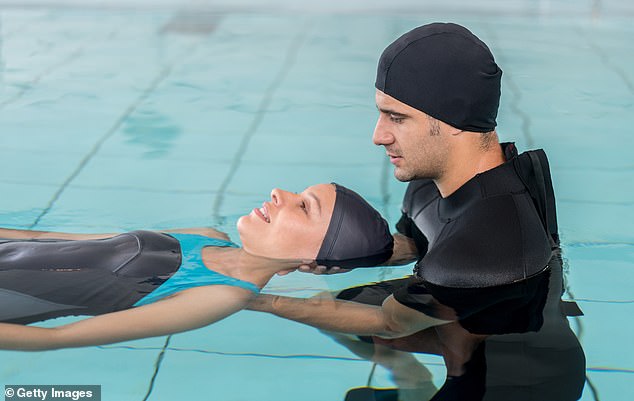 AquaStretch (50 minutes, £175) was developed by wellness guru George Eversaul – and it’s partly based on the traditional Japanese method known as watsu, which involves being rocked and cradled by your therapist in a sort of return-to-the-womb experience, while in the water. (File image)

The Spa at The Bellagio, the hotel that is home to Vegas’s iconic dancing fountains.

AquaStretch (50 minutes, £175) was developed by wellness guru George Eversaul – and it’s partly based on the traditional Japanese method known as watsu, which involves being rocked and cradled by your therapist in a sort of return-to-the-womb experience, while in the water. The difference is that AquaStretch has a more functional purpose.

‘I tell clients it’s like a Thai or sports massage in the water,’ explains my therapist Michael.

The treatment starts with me standing in the pool, holding the edge for balance as my legs are moved and manipulated in just about every way they can possibly go. Next, with my legs and neck supported by floats, the same manipulation is carried out on my arms.

Eventually, more floats are added and I’m just bobbing in the middle of the pool. Holding my head (it sounds weird, but it’s not), Michael gently guides me around. It gives the most wonderful, natural-feeling stretch to the neck and upper back. The movements become faster and I close my eyes. 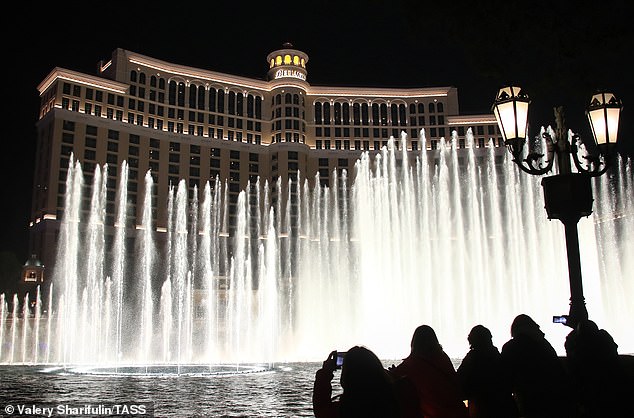 It feels like I’m almost rushing down a river.

It’s a strange, almost dream-like sensation – somewhere between being in a floatation tank and on a rollercoaster.

When it’s all over, I sit by the side of the pool. I feel wonderfully supple, as if something has released in my back, but also oddly euphoric.

‘I treat ballet dancers, gymnasts and pensioners. It’s really a fantastic treatment, whatever your level of mobility,’ says Michael.

I’ve now found an AquaStretch UK group, so I might not need to go all the way to Vegas for my next session.

Jonathan Neal was a guest of The Spa at The Bellagio (bellagio.mgmresorts.com).