Libby Clegg, 29, took up athletics aged nine, starting out doing middle distance running and cross country before finding her natural talent in sprinting. She competed in the IPC World Championships taking home a silver medal. Ever the achiever, Libby came back with a vengeance for the 2016 Paralympic Games in Rio and took home the Gold medal. Libby is hoping her hard work and determination will help her to be crowned the ultimate dancing champion doing this all with a degenerative genetic condition that affects her eyes.

Libby suffers from Stargardt’s Macular Dystrophy, a rare disorder that wastes away the central area of the retina called the macula, eventually leading to complete blindness.

Lily spoke to the Daily Mirror about how lack of sight actually gives her an advantage in the competition.

Libby said: “I can’t see so I don’t feel dizzy or nauseous when I do spins.

“Although I can’t watch my partner demonstrate moves on the ice, I have great hearing so listen to his skates and try to mimic the clicks, scrapes and foot placements I hear.

“I count the number the strides it takes to reach the barrier of the risk so I don’t just fly into it.

“And, touch wood, I’ve not had any injuries. I don’t suffer things other people do.” 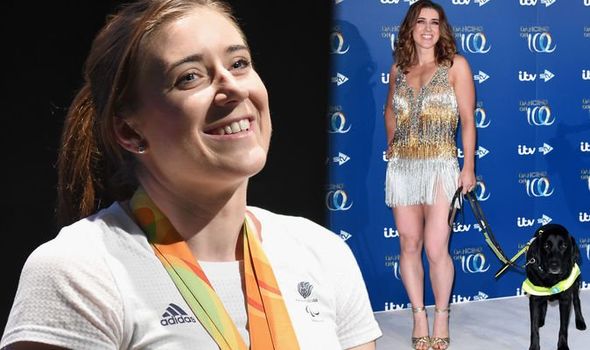 Libby is registered as blind and her deteriorating eye condition severely reduces her peripheral vision in her left eye.

Libby uses a Labrador guide dog, called Hatti in everyday life to help her get around.

On the rink, the athlete comes alive, even reducing Olympic legend Christopher Dean to tears with her performance.

What is Stargardt’s Macular Dystrophy?

The National Eye Institute said: “Stargardt disease is an inherited disorder of the retina – the tissue at the back of the eye that senses light.

“The disease typically causes vision loss during childhood or adolescence, although in some forms, vision loss may not be noticed until later in adulthood. 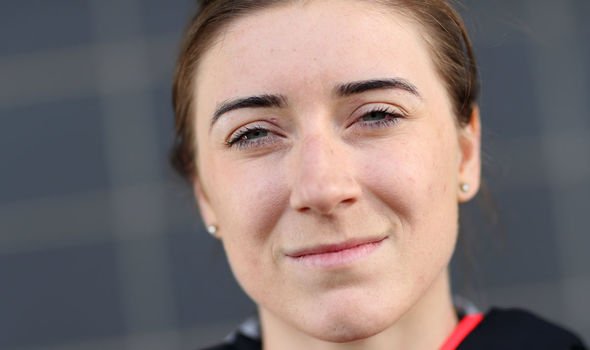 The most common symptom of Stargardt disease is variable, often slow loss of central vision in both eyes.

People with the disease might notice grey, black, or hazy spots in the centre of their vision, or that it takes longer than usual for their eyes to adjust when moving from light to dark environments.

Their eyes may be more sensitive to bright light. Some people also develop colour blindness later in the disease. 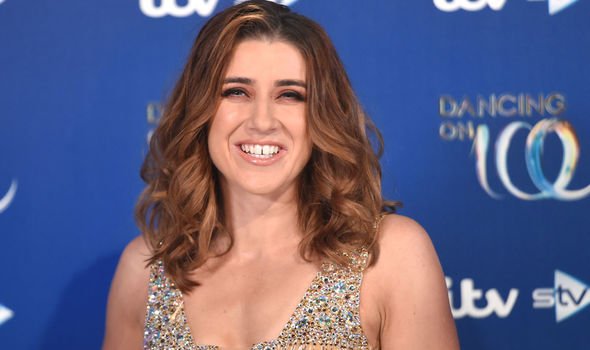 “I’d love for people with disabilities, or just in general, to come out of their comfort zone,” Libby said to RadioTimes.com.

“You set yourself a little goal and just do it.”

Libby has certainly been doing it on the ice and proving to everyone that anything is possible, as she continues to compete for the crown of this year’s Dancing on Ice.