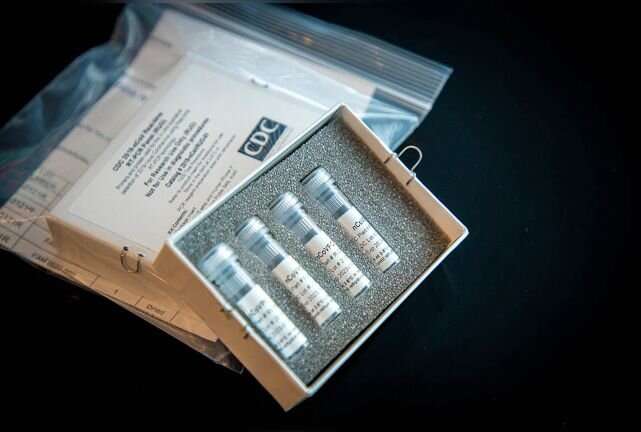 So far, the international spread of a novel coronavirus originating in China has been limited. But World Health Organization (WHO) Director-General Tedros Adhanom Ghebreyesus said it could only be a matter of time before additional cases flare up abroad. In response to the outbreak, countries around the world are imposing tight international travel restrictions, including the United States where the Centers for Disease Control and Prevention issued its first federal quarantine order in more than 50 years.

In the Chinese city of Wuhan, (pop. 11 million) considered the epicenter of the virus, officials have ordered all those potentially infected with the coronavirus into makeshift quarantine camps. In Japan, 3,700 people on a luxury cruise ship have not been allowed to disembark and have mostly been confined to their cabins after 136 people on board tested positive for the virus. The quarantine could extend to Feb. 19, officials said.

Xi Chen, Ph.D., assistant professor at the Yale School of Public Health in the Department of Health Policy and Management, has been monitoring events closely. Chen recently shared his thoughts about the international response to the coronavirus outbreak and what countries should and should not do as they seek to prevent further spread.

The WHO has declared this novel coronavirus a global health emergency and advised nations to prepare accordingly. But in doing so, it also cautioned officials not to overreact. What things must countries consider when balancing the need to protect their citizens from this epidemic while making sure to preserve individual and human rights?

XC: As recommended by the WHO, any further travel restrictions should be evidence-based. Overly broad travel bans may disrupt information sharing, medical supply lines and the economy, which in turn weakens global efforts to fight the coronavirus. Also, importantly, evidence so far has pointed to the virus being transmitted after people develop symptoms. Previous reports of asymptomatic transmission were flawed, according to the WHO. This suggests that it would be more effective to tighten passenger screening at border crossings and to make sure there is transparent and timely sharing of passenger information. Officials should evaluate necessary travel restrictions based on any new evidence.

The decision by Chinese officials to place all those potentially infected with the coronavirus in large quarantine camps in Wuhan has drawn international concern. Is this an overreaction that could hinder public health response to the virus or a prudent step toward containment?

XC: In the past few days, China changed its main strategy for diagnosing and treating coronavirus infections. Before that, China was following the severe acute respiratory syndrome (SARS) response model and building two large makeshift hospitals to treat confirmed cases. However, 2019-nCov has been more contagious and is spreading more quickly, easily reaching the capacity of these new health facilities.

Most recently, China started to convert various facilities into quarantine camps (or medical shelters) to isolate confirmed patients from other non-infected family members. This move helped prioritize patients with severe symptoms to be treated in the two makeshift hospitals and other top tertiary hospitals. Also, the government has taken a very proactive step to diagnose all residents, community by community, in order to measure the real number of infections and guide virus containment efforts. That said, given such a short preparation period, some of the large quarantine camps are still under conversion while admitting new confirmed patients. The shortage of health workers, food and even beds may take a few more days to resolve.

There is growing concern that some steps being taken to prevent spread of the disease may be encouraging xenophobia, discrimination and stigma. What can countries do to address this issue?

XC: Some measures to contain virus spreading have been found to encourage stigma, which has occurred both within China and in other countries. We must understand that the virus is what we are fighting against, not people. Virus transmission has no border. It is not restricted by race, ethnicity, citizenship, etc. In this increasingly globalized world, the risk of infection has become even larger. The bottom line is that the stronger others are, the safer we become.

You are also affiliated faculty in the Yale Department of Economics. Will the imposed travel restrictions significantly impact international tourism and commerce?

XC: In the short term, Chinese economic growth will probably be significantly affected, especially the trade and service sectors. The travel ban may further hurt the economy as China has been the “world’s factory” for so long, it is very difficult to make short-term changes to the global supply chain to avoid such damage. Global consumers and producers will inevitably bear much of the burden. However, in the long term, the Chinese economy and world trade are more resilient. Previous evidence from the SARS epidemic suggests that the stock market and the economy caught up after a year.

What about their impact on health care systems, as many health care products are manufactured in China?

XC: The impact on the health care system may be smaller than we thought. The current global shortage in medical supplies is mainly due to the closing of Chinese factories during the annual spring festival. For example, China produces half of the world’s face masks. The coronavirus outbreak caught manufactures off guard, with a large portion of them still unable to reopen or working with significant staff shortages. With Chinese workers returning to work on Feb. 10, 2020, the shortage will gradually be relieved. If we look at data back in 2003 during the SARS outbreak, the health care sector was the fastest growing industry then.

Hopefully this crisis may prompt China and other nations to realize the importance of tiered integrated health care systems as well as the need for greater health system preparedness for future pandemics. China, for example, built up its nationwide infectious disease surveillance and early warning systems after the SARS epidemic. Though the early warning system failed this time, the crisis offered important lessons, which may bring large benefits in the form of avoiding future mistakes.

Early on in the outbreak, there were discussions on social media about whether it was safe for people to import goods made in China. Is there any chance that someone might catch the virus from a product made in China or is this concern unfounded?

XC: These is no evidence so far, to my knowledge. Behavior economics theory argues that we tend to develop “alarm fatigue” as a result of repeated threats, like flu, but at the same time feel extremely uncomfortable with new uncertainties. The overreaction to new uncertainties, but underreaction to repeated but bigger threats, is alarming and should be addressed. I would suggest to friends who are really concerned about coronavirus to make sure that they get a flu shot.

Looking to the immediate future, what is your opinion as to whether the coronavirus will establish a foothold internationally and which countries are you most concerned about if it does?

XC: It is hard to tell at this moment whether this novel coronavirus may become a reoccurring threat to human society. We still know very little about it. We still don’t know much about SARS even though it has been 17 years since its outbreak. The big question is why SARS fully disappeared after 2003, unlike many other viruses that repeatedly threaten us. What roles do natural selection and climatic conditions play?