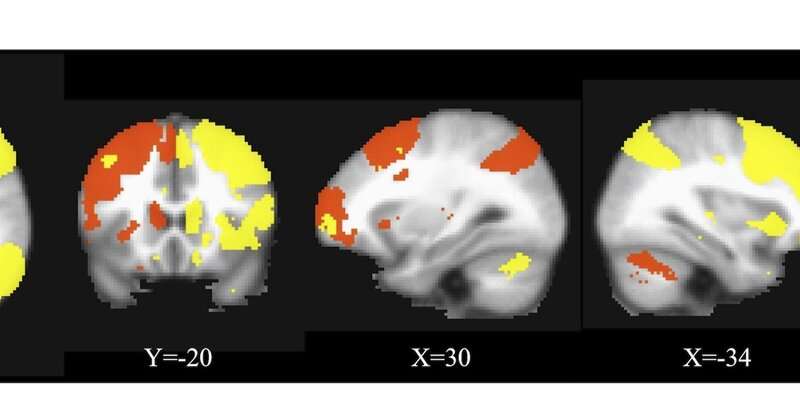 The COVID-19 crisis has taken a psychological toll on people of all ages, but one group especially affected is teenagers. School closures and enforced social distancing have cut off many teens from major means of psychological support, putting them at higher risk of developing anxiety and depression.

To learn about how teens (as well as other age groups) might avoid experiencing these emotional difficulties, a new study has focused on a sample of adolescents who, even in normal times, are particularly prone to stress: youth who have entered puberty earlier than their peers.

The study examined brain scans of American teenagers taken five years ago and self- and parent-reported surveys about mental wellbeing and progression through puberty, both before and after the pandemic lockdown started in March 2020.

The researchers found that teenagers who showed greater connectivity, or interconnectedness, in a set of particular brain regions were less likely to experience pandemic-related depression and anxiety, even if they had started puberty early relative to their peers. The results highlight the importance of the so-called executive control network, or ECN, in dealing with stress and adapting to new challenges.

“Our findings suggest that executive functioning in our brain plays a key role in protecting against risk factors that worsen symptoms of depression and anxiety during stressful, uncertain times,” said Rajpreet Chahal, a postdoctoral fellow in the Stanford Department of Psychology and lead author of the recent study, published in the journal Biological Psychiatry: Cognitive Neuroscience and Neuroimaging. “These results are very relevant for teenagers, as well as people of all ages, in this era of COVID-19.”

The study adds to researchers’ growing understanding of how the ECN supports cognitive processes, such as regulating emotions and navigating new situations, that can fortify people from developing psychological problems. In this way, engaging and strengthening the ECN through training and/or therapy could help buffer against not just COVID-19-related stress, but also the ups and downs of daily life.

“These findings raise the question of whether young people would benefit from executive function training,” said Ian Gotlib, senior study author and the David Starr Jordan Professor in the Department of Psychology at Stanford’s School of Humanities and Sciences. “It’s possible that such a targeted intervention would reduce the chances of experiencing psychopathologies like depression and anxiety in the face of stress, like a pandemic, and especially for higher-risk teens going through early puberty.”

The study’s participants are a group of around 200 Bay Area teenagers originally recruited between 2013 and 2016. Gotlib’s lab has followed this cohort to track how early life stress affects psychology and neurodevelopment, including brain function and structure. One of the main motivations behind the work is to learn more about the increasing rates of depression and suicidal behaviors among adolescents. 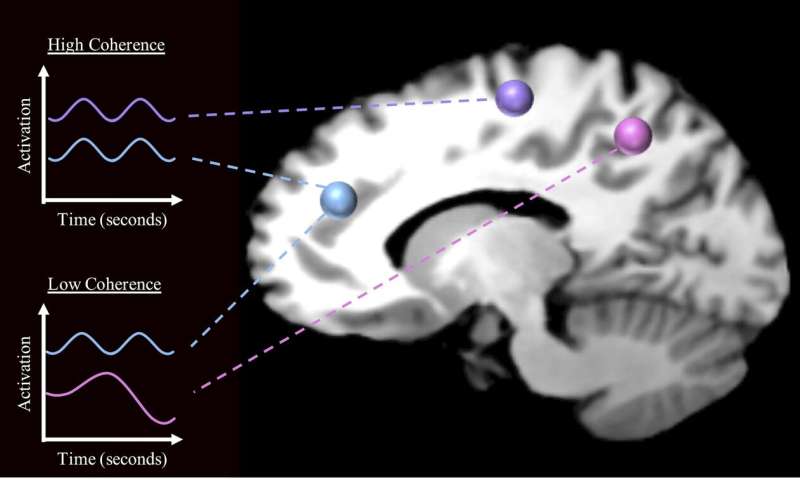 The teenagers had all received brain scans using functional magnetic resonance imaging (fMRI) upon enrolling in the study. Scans of this sort reveal areas of greater blood flow within the brain, indicative of the activation of those brain regions. The regions composing the ECN are found primarily within the frontal lobes, including the dorsolateral prefrontal cortex, and parietal lobes, located in the top of the brain. These regions ramp up their activity when people perform certain cognitive control tasks that require, for instance, suppressing an automatic response, paying or shifting attention and planning ahead.

In some people, the brain regions comprising the ECN activate more closely in time together. Chahal and Gotlib had been exploring the influence of this synchronization—known as coherence—in typically-developing teens and those who are maturing faster than their peers. The reasons for the latter group being more prone to anxiety and depression are both social and biological. Socially, teens can experience stress from being “different” than their peers—for example, with boys growing body hair and their voices changing, and with girls having their first menstruation and developing breasts. Biologically, the release of hormones also exacerbates tendencies toward experiencing psychological difficulties. Because puberty can last from two to five years, teens enrolled in the study at various times were in different stages of puberty, with some barely beginning the transformation and others already in the midst of this developmental period.

This overall line of research on ECN coherence and the influence of pubertal onset, however, ground to a halt when COVID-19 struck earlier this year. Yet Gotlib’s group recognized that the pandemic offered a unique opportunity. With its social isolation, as well as the associated health and financial uncertainties, the pandemic served as a novel, profound stressor on the study group.

“This global pandemic, which is hopefully only a once-in-a-lifetime event for these kids, has presented a powerful way to test some of our hypotheses regarding the ECN, puberty and mental health,” said Chahal.

Identifying and helping those at risk

The Stanford researchers prepared and administered online questionnaires to the cohort. The questions assessed the children’s general psychological state and their perceived progression through puberty. The research team associated the responses with the original brain scans and with measures of the children’s advancement through puberty when the scans were obtained.

A clear relation came through in the result, Chahal said. Teens who had exhibited low ECN coherence generally reported more symptoms of anxiety and depression during the pandemic than did those teens whose ECNs had been shown to activate more coherently.

“It’s very compelling that the functional architecture of the brain that supports executive functioning seems to have such an integral role in coping with stress,” says Chahal. “Prior studies have shown this to an extent, but not in this particular age group and not accounting for the social conditions caused by the pandemic.”

A promising avenue for further study is identifying teenagers and people of all ages who are at greater risk of psychological distress on the basis of their brain circuitry. These high-risk individuals could be further evaluated to see if they might respond favorably to therapy or medication, especially as the challenges of the COVID era continue.