Just a couple of years ago, Tyson Fury, 31, suffered with mental health issues which lead to alcoholism, extreme weight gain and recreational drug use. But having come out the other side now, looking better than ever and “feeling fantastic”, the boxing star has started sharing his story with others in attempt to help others.

Appearing on The Chris Evans Virgin Radio Breakfast Show with Sky, the fighter opened up about his experience with mental health – what led to it and how he’s dealt with it.

He explained: “You know, there’s just two different sides to Tyson Fury. There is Tyson Fury, the dad at home, the father, the husband, the son, then Tyson Fury, the showman, the entertainer, the boxer.

“Totally different people on all my life I almost played a character in sports to be noticed, I suppose, and get to where I’m supposed to be going until I got lost in character, until I couldn’t change from being the character I was playing to the real me.

“There was a breaking point in my life where I knew if I was ever going to get back to normal after had breakdowns and suicidal thoughts and suffering mental problems. 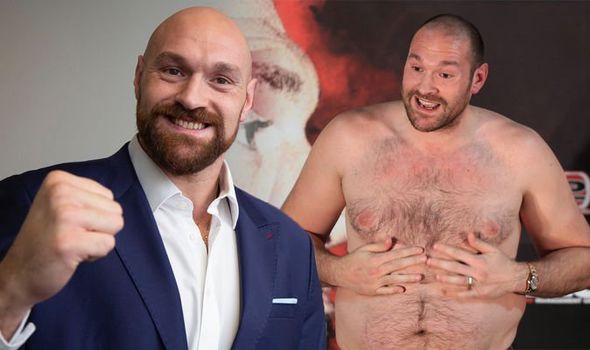 “I needed to get rid of the mask and just be me and show the real types of hero, not an act. Now, that’s what I managed to do on a daily basis.”

When asked if it was the real Tyson Fury in the studio, the boxer answered: “There’s no more acting anymore. It’s all me.”

Chris compared Tyson to a method actor, and said his character took over in the end.

The ‘Gypsy King’ answered: “It did. I played a pantomime villain very well.

“And, you know, I’ve read stories of actors acting in movies and they go in character and they can never get out of it.

“You know, this does happen quite a bit. Actually, it may sound strange, but it does happen. Yeah, I got lost in character and I couldn’t find a way out.”

Tyson was once crowned undisputed champion of the world, but he revealed it was wining the title that accelerated his downward spiral.

He said: “I was down straightaway, you know, within five or six minutes after the fight, as soon as I went into the press conference. I was already on a downward spiral for sure.” 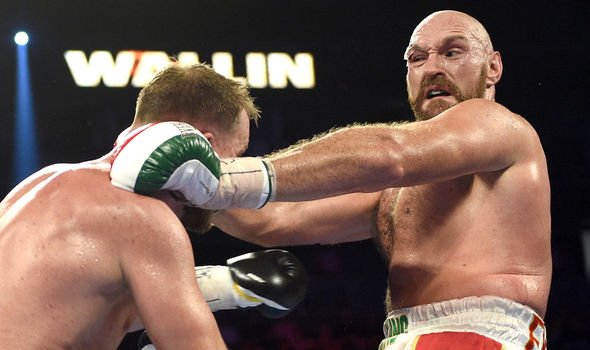 He added: “That was it, I had achieved my dreams. I climbed Everest. That was it. That was the be all and end all of my life.

“That was my whole purpose in being a boxer. And that was achieved. And I just didn’t think there was any more I could achieve.”

On the path to suicide, Tyson decided to seek medical health, and ever since, hasn’t looked back.

He divulged: “ I think the most important thing is not achievements and fame and glory and money and all outsourced off all materials. Such don’t really mean a lot. 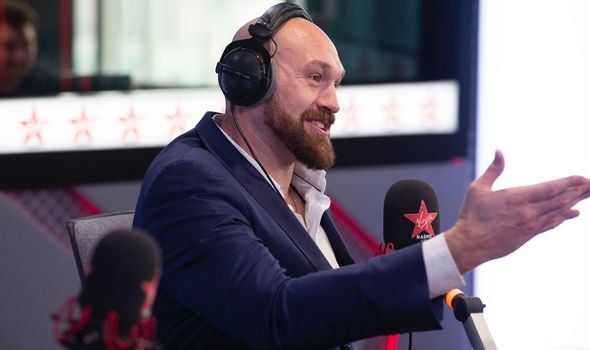 “The most important thing is to be happy and find happiness. And you know, I was a very wealthy young man.

“When I beat Klitschko, I became the undisputed heavyweight king of the world in boxing. You know, very lucrative position to be in, but it didn’t mean a thing to me. The achievements, the acclaim, the fame. It meant nothing. I wanted to die on a daily basis.

“So it’s very important to let people know that all the stuff and all the material assets, it does not make anybody happy.”

Today, Tyson feels fantastic, and it’s only through education in mental health that he’s been able to manage and maintain his mental health problems.

He said: “Mental health doesn’t go away. I’m not defeated. Mental health. I believe it will always be there with me. And it’s just a part of me now that I can control where before I didn’t know what I was experiencing.

“I have suffered from depression and anxiety my whole life. But up until 2016, I never really understood it at all. And so I was having my bad mood swings or whatever. And now I understand that. I know I know what I have to do to live a normal life.