Vitamin B12 deficiency is one of the most common nutrient deficiencies in the world, especially among the elderly. Vitamin B12, also known as cobalamin, is extremely important for the body in order to keep the body’s nerve and blood cells healthy. Vitamin B12 plays an integral role in the production of DNA and RNA, two molecules that are quite essential in the coding, decoding, regulation and expression of genes. Lacking in the vitamin could create a myriad of worrying conditions. What are the five reasons why you may be unable to absorb vitamin B12?

Anaemia is a medical condition in which the blood is low in normal red blood cells.

Pernicious anaemia is one of the vitamins B12 deficiency anaemias.

It’s caused by an inability to absorb the vitamin B12 needed for the body to make enough healthy red blood cells.

The progression of pernicious anaemia is slow and may be difficult to recognise the symptoms as a person may have become used to not feeling well. 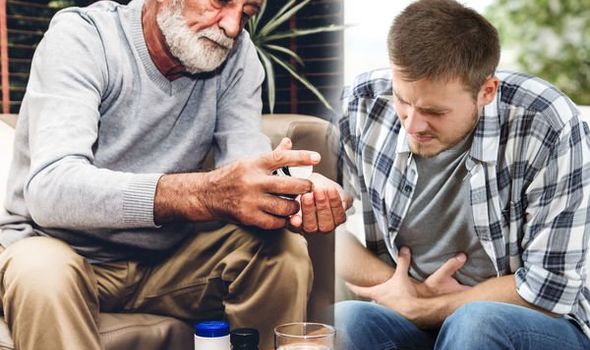 Some people can develop a vitamin B12 deficiency as a result of not getting enough vitamin B12 from their diet.

Harvard Health said: “Plants don’t make vitamin B12. The only foods that deliver it are meat, eggs, poultry, dairy products and other foods from animals.”

Strict vegetarians and vegans are at greater risk of developing a deficiency.

Pernicious anaemia causes the immune system to attack the cells in the stomach that produce the intrinsic factor, which means the body is unable to properly absorb vitamin B12.

In the stomach, animal protein releases cobalamin in the presence of gastric acid and pepsin.

This then binds with salivary R protein that gets digested in the small intestine by pancreatic enzymes but if there are conditions affecting the stomach this process will not happen.

The NHS said: “Some conditions that affect your intestines can also stop you absorbing the necessary amount of vitamin B12.

Harvard Health added: “Conditions that interfere with nutrient absorption, such as celiac or Crohn’s disease can spell B12 trouble.” 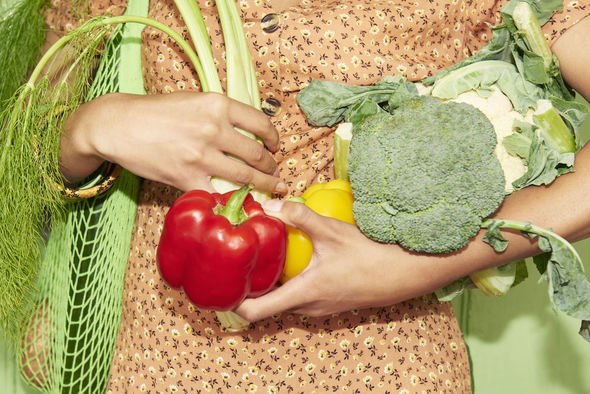 The NHS said: “Some types of medicine can lead to a reduction in the amount of vitamin B12 in the body. For example, proton pump inhibitors, a medicine sometimes used to treat indigestion, can make a vitamin B12 deficiency worse.”

According to Harvard Health, this is due to the fact that commonly prescribed heartburn drugs reduce acid production in the stomach and acid is needed to absorb vitamin B12.

“The condition is more likely to occur in older people due to the cutback in stomach acid production that often occurs with ageing,” said Harvard Health.

The NHS said: “The treatment for vitamin B12 or folate deficiency depends on what’s causing the condition.

“Most people can be easily treated with injections or tablets to replace the missing vitamins.

“Vitamin B12 deficiency anaemia is usually treated with injections of vitamin B12.

“There are two types of vitamin B12 injections including hydroxocobalamin and cyanocobalamin.”