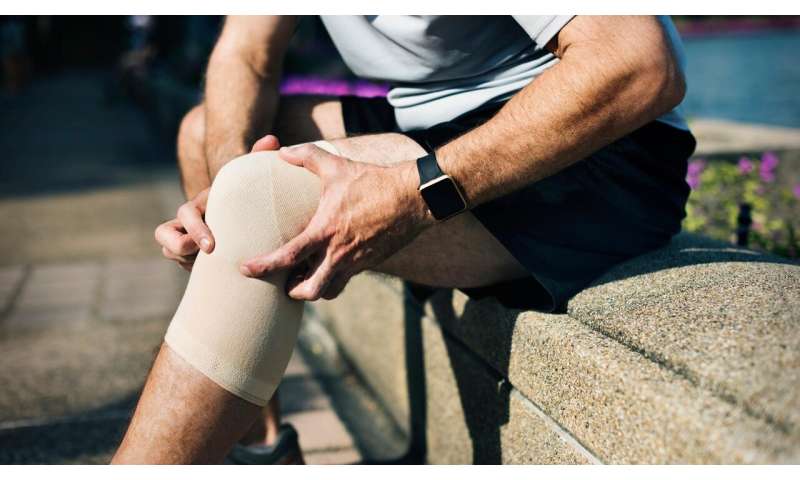 Mood disorders and the discovery of a pain signalling organ in the skin could explain why chronic pain occurs—and how to treat it.

Burning, aching, stabbing, shooting, throbbing—there is no shortage of words used to describe pain, and for one in five of us, it is a persistent problem. New research, however, including the discovery of a skin organ that signals pain, could lead to better ways to treat the condition.

“Chronic pain is very disabling—it affects every aspect of your life. You can’t sleep, it affects your personal life, it interferes with your work, and it can often lead to mood disorders, such as depression or anxiety. It’s a very disabling condition,” said Professor David Bennett, an academic neurologist at the University of Oxford, UK.

He regularly sees patients in his clinics with neuropathic pain, which is caused by damaged nerve cells. It is a common problem, one that we are likely to see increase with an ageing population. Not only do our nerves become more prone to damage with age, but they can be harmed by conditions such as diabetes, or the side effects of treatments such as chemotherapy.

Prof. Bennett is the lead coordinator of the DOLORisk project, a study across nine countries investigating the different factors that influence a person’s risk of chronic neuropathic pain.

“We don’t know why some people get neuropathic pain and some don’t. If we can understand that, we could reveal mechanisms that might be amenable to treatments,” said Prof. Bennett.

The study has recruited over 10,000 patients, the largest neuropathic pain cohort ever gathered. The size of this group gives the researchers the statistical power to look at factors ranging from social class and gender to genetics and psychology.

The analysis for the study is still ongoing, but they’ve already found some associations, including genetic variations that may change the way that sensory nerves work and psychological factors.

“It’s early days, but the data so far shows that if you have a pre-existing mood disorder then you’re more likely to develop neuropathic pain,” said Prof. Bennett. “I think that some of the risk factors we’re looking at are likely to be common across different conditions. My gut feeling is that it will include some of the psychological variables.”

Part of the difficulty in understanding the variation between patients is that we still don’t understand enough about how chronic pain is signalled in the body.

“Pain is something you feel in the brain,” said Professor Patrik Ernfors from Karolinska Institutet in Sweden. “We want to understand what kind of cells are involved in initiating pain.”

Prof. Ernfors is leading the PainCells project, which is shining a light on the mysterious processes that transmit pain.

“We have already discovered a new cell type, which was previously thought to be involved only as a supporting cell of the nervous system. We saw these odd-looking cells which had not been described before. They form a mesh-like network in the skin, and we were intrigued by the way that these cells look,” he said.

Prof. Ernfors’ team used a technique known as optogenetics to test the roles of these supporting cells. They bred genetically modified mice so that the cells were activated by blue light.

“When we shine light on the skin, we activate the supporting cells,” said Prof. Ernfors. These activated cells then sent a signal through the nerves—showing that they’re connected directly—eliciting pain. 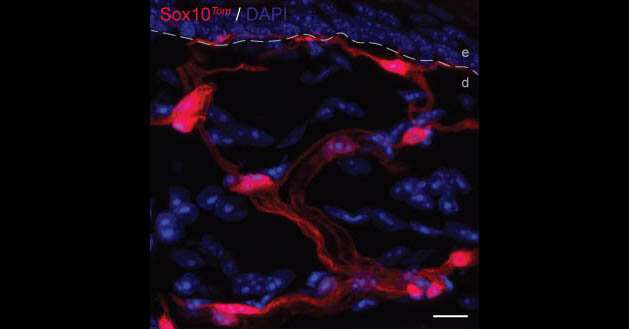 “We also did the reverse—when we turn these cells off, we reduce pain sensitivity,” said Prof. Ernfors.

The network of cells in the skin form an entire organ designed for nociception, which is the response to harmful irritation. A system of cells like this in the skin has been known about for 150 years for non-pain sensations, such as touch and pressure.

“But throughout all these years, pain has been thought to be special because it does not start from a sensory nerve organ. Our findings now show that there is a sensory end organ for pain and it is actively contributing to the sensation of pain,” said Prof. Ernfors.

“It’s been a big surprise. It’s something that’s conceptually new and could explain why many compounds have failed to work in clinical trials. If we can prove that they are involved in chronic pain, it will open new possibilities for treatments.”

The project is aiming to create a map of all the cells that are involved in chronic pain disorders, one cell at a time. Using the genetically modified mice, Prof. Ernfors’ team have developed a system where the active nerves are triggered to glow so that they can be seen under a microscope.

This means that the team can take out single cells and analyse them individually. They can find exactly which genes are active in each cell and identify similar cell types.

Prof. Ernfors is now working to compare the map from mice to one created using tissue from monkeys. This will help to understand how closely the findings will relate to humans.

“It’s important to understand the cellular basis for pain because if you know what cells are involved in what disorder, then you also know the molecular composition of that cell. You can use that to have a rational strategy to treat that pain disorder,” said Prof. Ernfors.

This is a challenge that Prof. Bennett is very familiar with: “The (existing) treatments are not as effective as we’d like. We’d often need to give a drug to seven or eight patients for one to see a significant benefit.”

He describes the current approach as ’empirical,” testing the different treatments in turn to see what works for each patient. For the patient though, that means until they find the right medication, not only is the pain still an issue but the side effects of the powerful drugs take their toll. Prof. Bennett hopes that research will help to make treatment options more rational.

“One of the goals for modern pain research is to understand the mechanism that is driving the pain in individual patients. If we can tease that out, then ultimately we can try to optimise treatment for that patient,” he said. “In the end, we want to target the drugs we have better, so we’re giving the right drug to the right patients who are most likely to respond in the right way.”

Acute pain is sudden, short-term and usually caused by injury. When you hurt yourself, receptors known as nociceptors send a signal to the brain, which is interpreted as pain. Acute pain disappears within 30 days or when the injury has healed. Referred pain can sometimes happen when the pain sensation from one part of the body is felt in another.