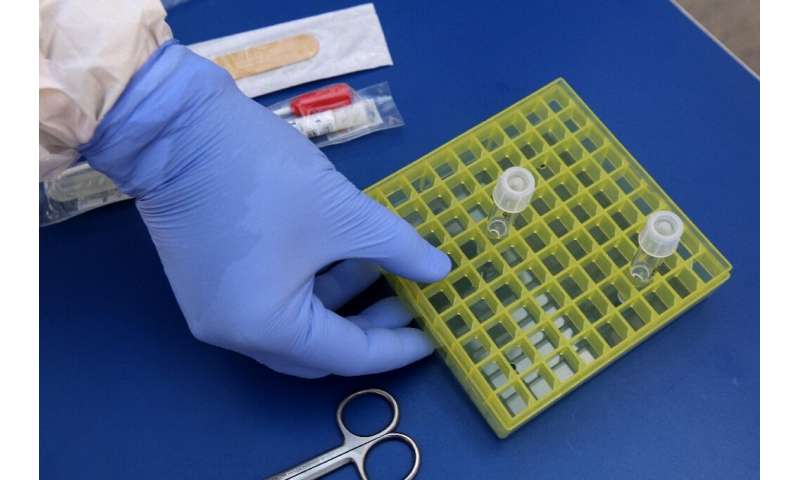 Iceland has provided a textbook example of how to get out ahead of a looming pandemic: per capita, it has tested more people for coronavirus than any other country on earth and it got started a month before the first case was even confirmed in the tiny Nordic island nation.

In a study published Tuesday in the New England Journal of Medicine, researchers from Icelandic universities and deCODE Genetics, a subsidiary of the US biotech giant Amgen, released the results of an all-out screening program launched on January 31—before the disease caused by the virus had even been baptized COVID-19 and more than a month before the global pandemic was declared.

The study involved two testing drives. The first, starting January 31, targeted people with symptoms of coronavirus infection and people who had traveled to high-risk areas—initially China and the Alps regions of Austria, Italy and Switzerland—or people who had come into contact with others who were in fact infected with the virus.

It found that as of late March, 13.3 percent of more than 9,000 people who were screened tested positive. The first case of infection was confirmed on February 28.

In a second testing program that began March 13, deCODE Genetics screened the general population of people with no coronavirus symptoms or who had mild symptoms, such as those of the common cold, and were not in quarantine. Here, the proportion of positive cases was much lower: between 0.6% and 0.8%.

As of right now Iceland has carried out tests on 36,000 people, which is 10 percent of its population.

That makes it by far the world leader in testing per capita—10 times more than South Korea, which has won much praise around the world for acting quickly to test its people as the virus spread. South Korea has conducted 10 tests per 1,000 inhabitants, according to the website Our World in Data.

Many asymptomatic carriers out there

This aggressive testing program in Iceland apparently helped slow the spread of the virus by allowing health authorities to detect people who were infected and contagious but had no symptoms or thought they just had a cold or the flu.

When people were told they had tested positive, they had to self-isolate at home until 10 days after their fever had subsided or until they tested negative for the virus. And anybody who came in contact with them had to self-quarantine for two weeks.

If the people who ended up being positive had not been tested, they probably would not have self-quarantined and would have gone on to infect others unknowingly.

Unlike other countries, Iceland refrained from closing its day care facilities and elementary schools. High schools and universities did shut down March 16, followed by swimming pools, sports arenas, movie theaters, bars and restaurants.

So far Iceland has detected 1,720 cases of the virus, which is proportionally higher compared to countries that test only people who have been hospitalized. But its coronavirus death toll of just eight people is per capita just a tenth of that of France, for instance.

The government of Iceland says it believes the apex of its chapter of the pandemic sweeping the globe is now passed, and plans to reopen high schools, universities, museums and beauty salons on May 4.

The study yielded other interesting findings as well.