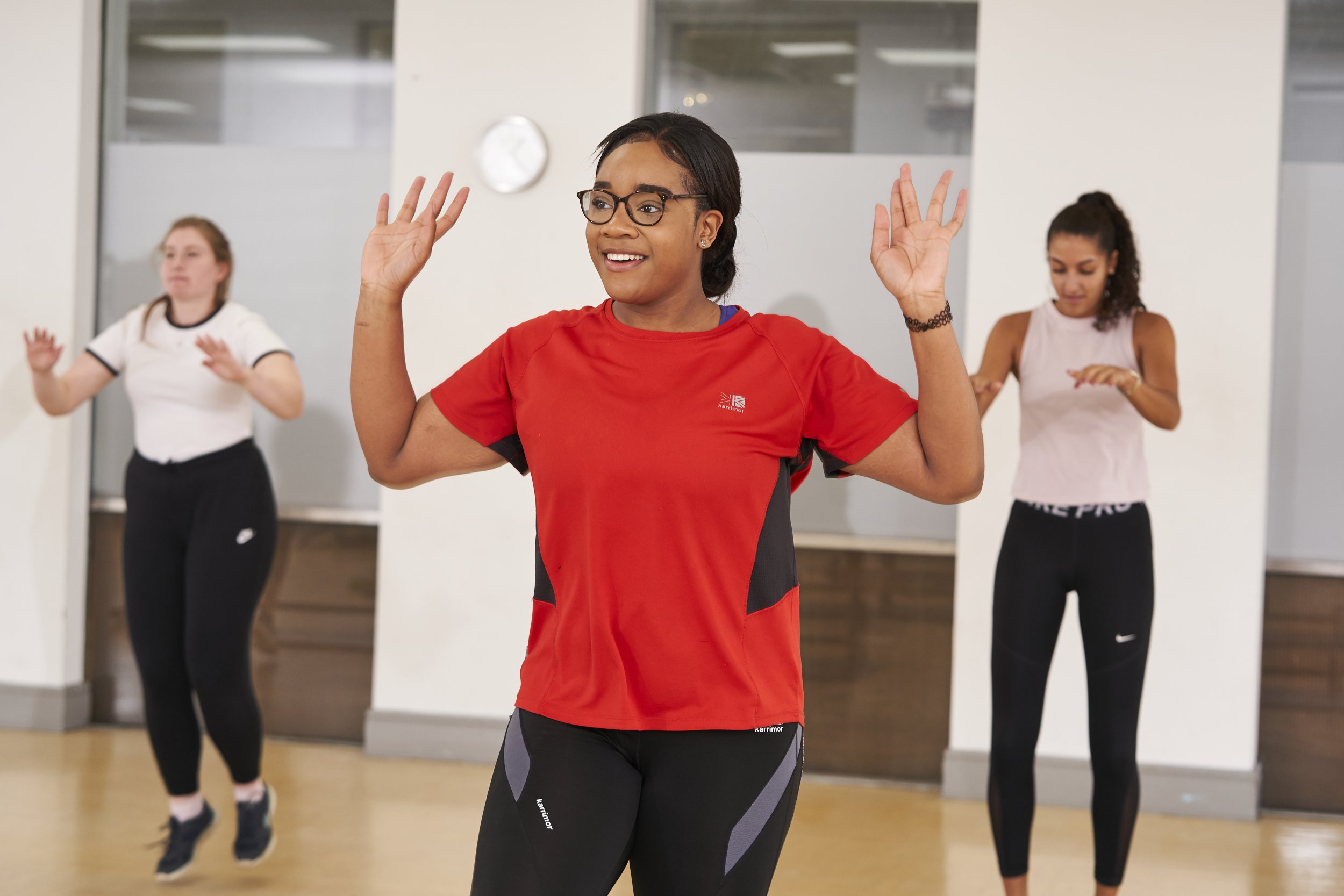 Hand up if you have ever felt judged when working out? Whether that’s because you’re not wearing a crop top and boasting a six-pack, or simply because you’re red-faced and sweating on the treadmill.?

Fitness campaigns, sports retail advertising and social media might have women believe that working out is very different to the reality we know.

This Girl Can is an initiative that champions real women getting physically active without fear of judgement.

The campaign celebrates active women who are doing their thing no matter how they look, how well they do it or how sweaty they get.

It believes there’s no right way to get active, and since its conception in 2015, it has encouraged nearly three million women to engage with some kind of physical activity.

According to a study by This Girl Can, 63% of women who see slim, toned bodies on social media sites say this has a negative impact on them while a third said seeing women without make-up posting about exercising would make them feel positive.

‘We believe there is no right way to get active and we want to challenge the conventional idea of what exercise looks like and reach out to women of all backgrounds and ethnicities who feel left behind by traditional exercise,’ says Kate Dale, campaign lead for This Girl Can.

‘Women who work out are portrayed in marketing and on social media as being thin, toned and beautiful. Usually they are wearing a full face of makeup and don’t go red, or get sweaty when they train. They certainly don’t have wobbly bits when they move.

‘However, that’s simply not the case for the majority of women. Our research shows that when women see those kinds of images they either think they don’t belong in a gym because they don’t look like that, or that the marketing bodies are so unrealistic they don’t even bother trying to get fit. They completely lose motivation.’

Brands are partly to blame, but more and more are challenging fitness stereotypes.

‘Nike has done a lot over the years by using bigger mannequins in their stores and showing more inclusive images in advertising, but if brands want to reach real women they should be embracing all shapes and sizes,’ says Kate.

‘Social media influencers also need to be more open and honest with authentic content. If it’s authentic, it will be more engaging. They also need to be mindful of the pressures they are putting on people through their images.’

Fear of judgement is one of the biggest reasons women aren’t working out, say This Girl Can, which is part of Sport England.

This might be about the way the look when they exercise, that they’re not good enough to join in or because they feel they should be spending more time on their families or studies.

‘The worst judgement comes from your own head,’ adds Kate. ‘A workout doesn’t have to be a 30-minute hardcore session. The government says you should aim for at least 150 minutes of moderate intensity activity each week.

‘But that can be anything from dancing around your living room to walking. Don’t overthink it. Don’t set goals, targets and objectives. Just wiggle, jiggle, move and prove that judgement is just a barrier to overcome.’

At the age of 18, Shannon Finan went into rehab for an eating disorder. Now 27, she says: ‘No one talked about eating disorders back then and I didn’t think I was doing anything was wrong – I thought everyone took laxatives in private.

‘I had such a negative mindset and I suffered from low self-esteem. I used to be critical of myself and my body because I didn’t look like the people I’d see in magazines or on social media. Back then, I didn’t realise that beauty came in all shapes and sizes.

‘On social media we only see one image from someone’s life, not the other 22 pictures that didn’t make the cut. There are of course, positives and negatives with social media, but we are very controlled by it. I still struggle with that every day. I compare myself with people I know nothing about.

‘Going forward, I think we need early intervention at school to empower girls to be more active. I think we should introduce the benefits both physically and mentally of PE from a young age and also learn why and how we need food to fuel our bodies.

‘Being active and being strong made me realise I can fight whatever comes my way. I mean, have you ever regretted a workout? I haven’t.’

How to get your Metro newspaper fix

Metro newspaper is still available for you to pick up every weekday morning or you can download our app for all your favourite news, features, puzzles… and the exclusive evening edition!